The Turkoman tribes are believed to have originated in the remote steppes of Asia at least two thousand years ago. Legend has it that Oguz, great grandson of Noah, founded the first tribe. He had six sons who in turn each had four sons, making the twenty four clans or Turkoman tribes.

The most important written records of these Indo European nomads come from the 'tribal trees' of seventeen Century Persian and Khivan chroniclers, for the Turkoman have no written history of their own. These "tribal trees' mention the twenty four tribes of Oguz and record the names of the Tekke, Yomout, Saryk, Ersari, and Khorasanian Salor.

The sons of Oguz are believed to have used the symbols of Sun, Moon, Star, Heaven, Mountain, and Sea. Each of their four sons are said to have borne the symbol of a to temic animal - Dog. Wolf, Fox, Sheep, Stag, Elk, Bird - and it appears that tribes also split into pairs of black and white. Only two Turkoman dynasties have been recorded with certainty: the "Balck Sheep" Turkoman (1389-1468) and the "White Ship" Turkoman (1378-1502).

The history of the Turkoman tribes has always been one of movement - their culture overrun the boundaries of Persia, Turkey, Afghanistan, and the Caucasus. While the Turkoman are known to have ranged across the vast land mass which stretches from West Anatolia to the Chinese borders and beyond, it is in the contacted area bounded by the Caspian Sea and the Amu Darya river that the principal tribes of Saryk, Salor, Tekke, Chodor, Yomut, Arabatchi, Ersari, and Kizil Ayak have their homeland today.

All sort of carpets and rugs along with a vast variety of tent decoration and storage were made by the Turkomans, often for bartering for food and other supplies in the market place. The main Bartering center was Bokhara and therefore some refer to the Turkoman weaving as Bokhara 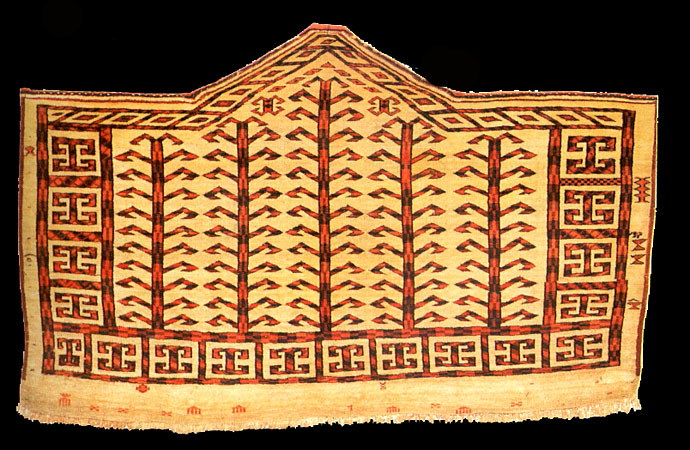 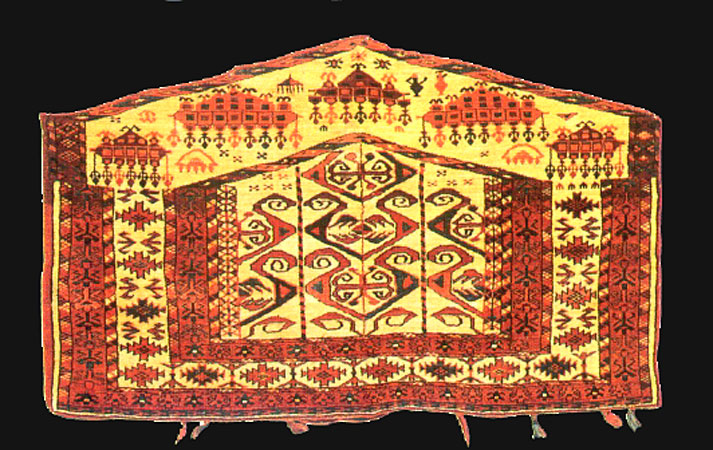 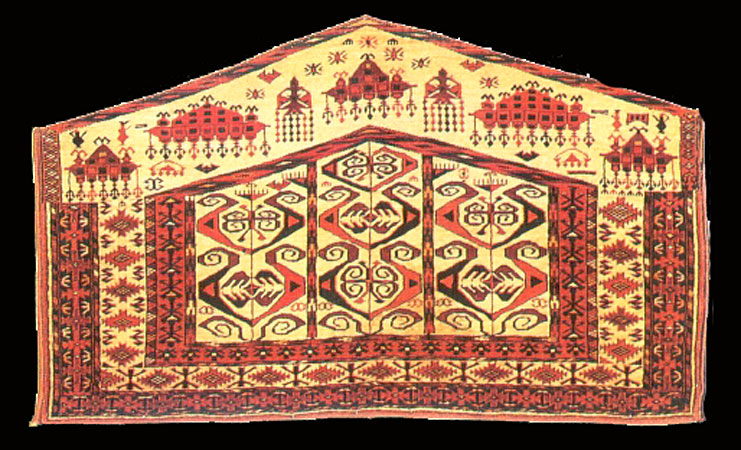 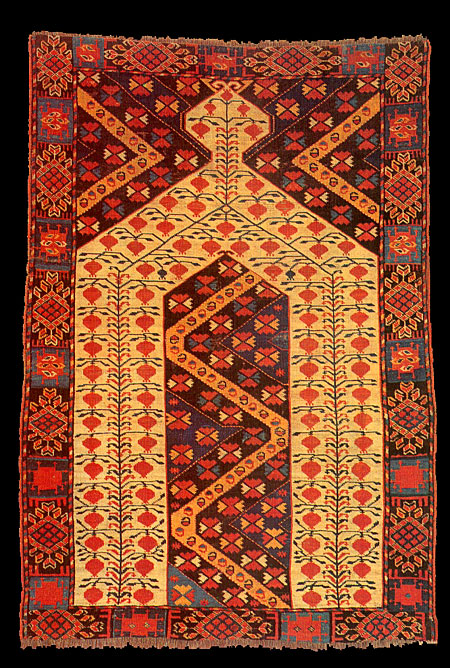 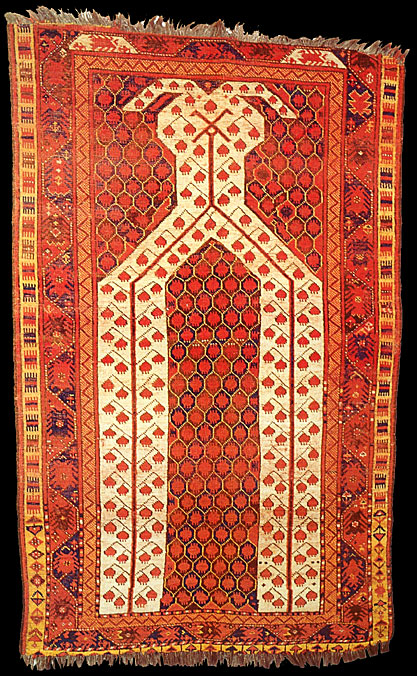 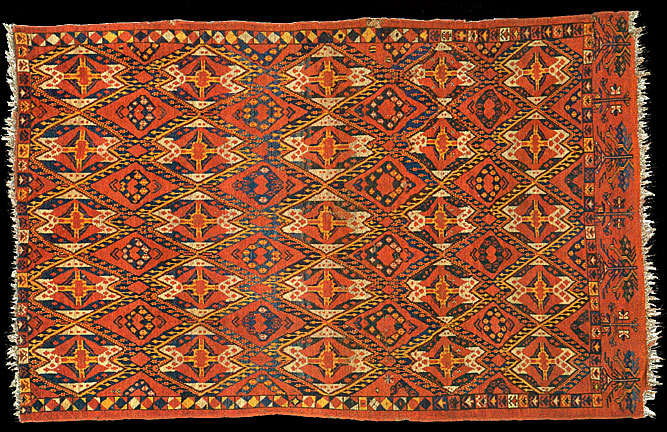 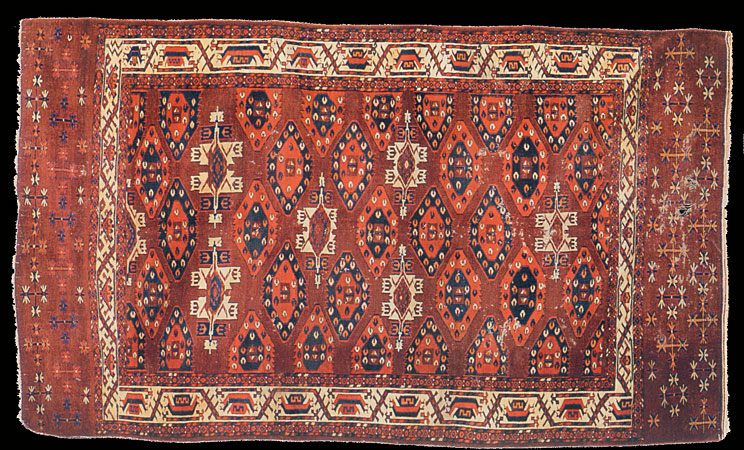 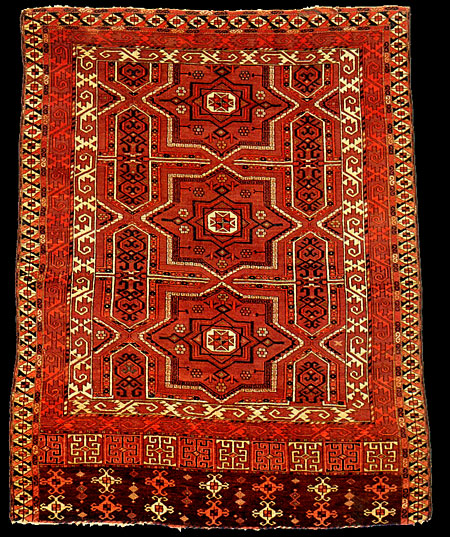 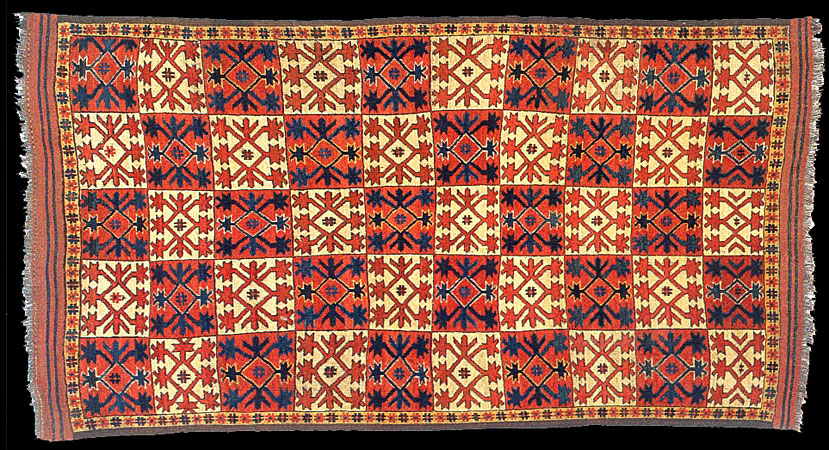 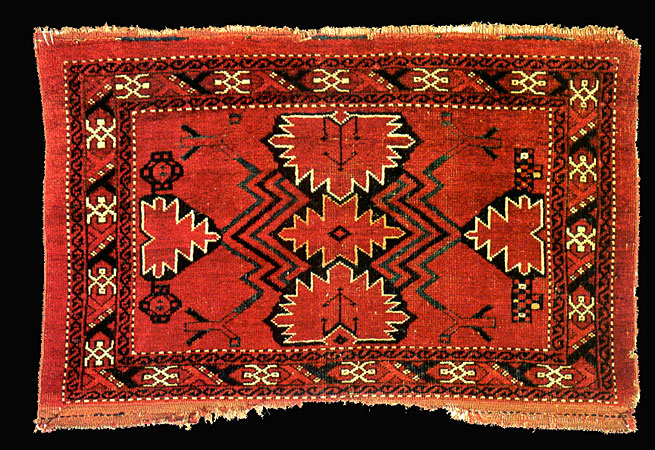 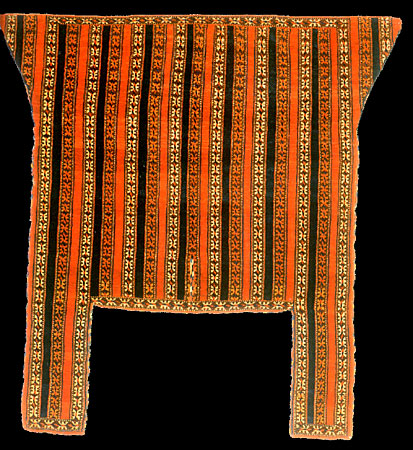