In North America, the early colonials found it difficult to get materials and comforts for the home, and many could not afford them. Hooked rugs, to soften and warm the floors, were made with materials from worn out garments and other household textiles, which were colored with local natural dyestuffs such as powdered bricks for pink, goldenrod for yellow, as well as onion skins, blueberries, and hickory bark. The designs were naturalistic and not stylized, and marine designs were sometimes created by sailors or their wives.

The precursors of these floor rugs were American bed rugs, using similar techniques of manufacture, which seem to have been used by a great many colonialists in the 17 Century as a guard against the cold. In 1630, Governor John Winthrop wrote from Massachusetts to his son in England, "to bring a store of Caorse Rugges, bothe to use and to sell."
The word rug may be directly descended from the Swedish "rugge" and in Finland rugs were used as bed and carriage covers. North American rugs were made with whatever materials were on hand, and some are knotted, like the rag floor rugs of the late 19 Century. Most were created with a hand spun wool and were coarse and nubby, somewhat like the hooked rug that was to follow more than 100 years later.

For Hooked rug rugs in our inventory click here 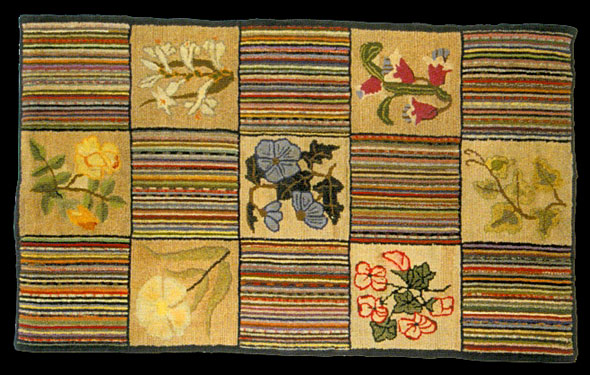 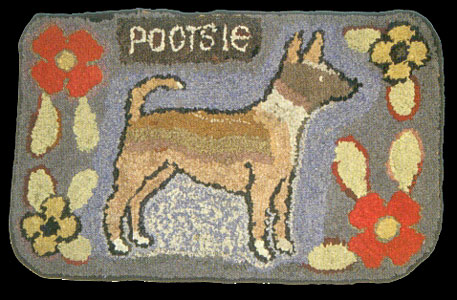 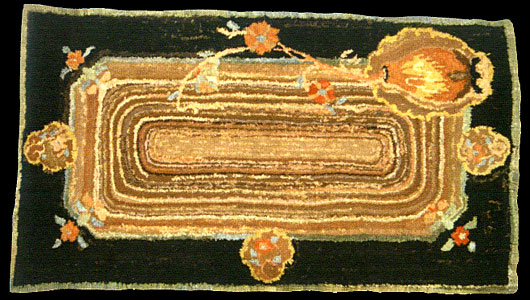 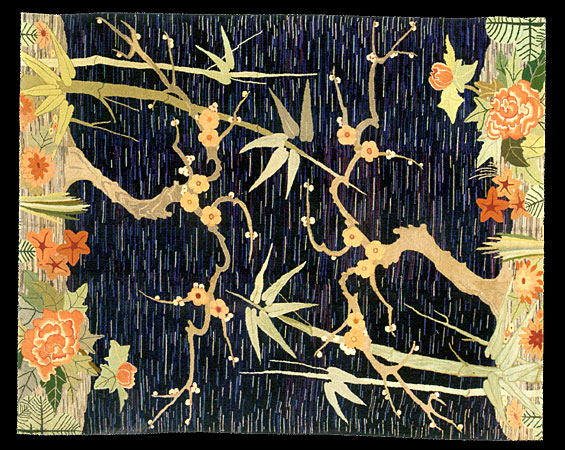 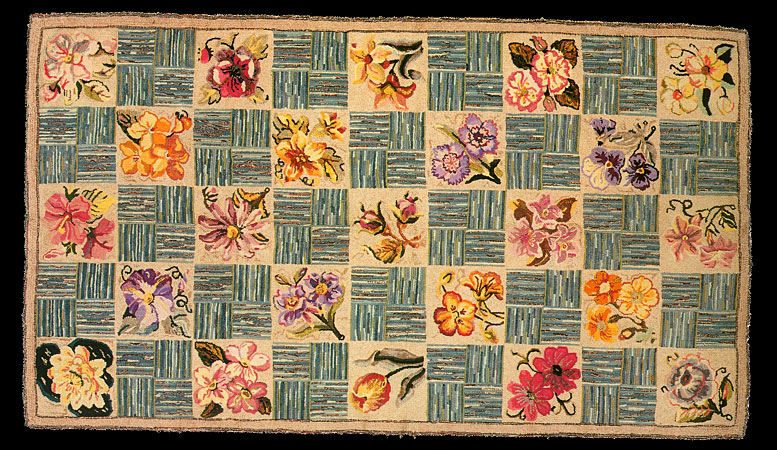 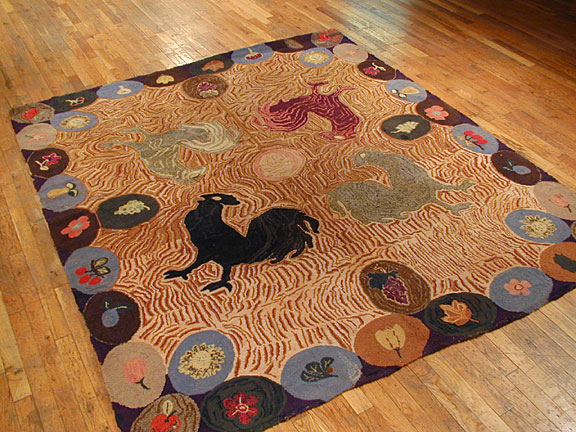 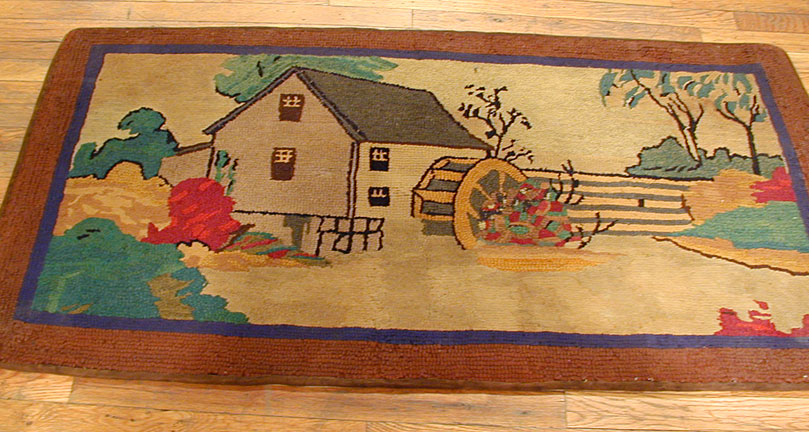 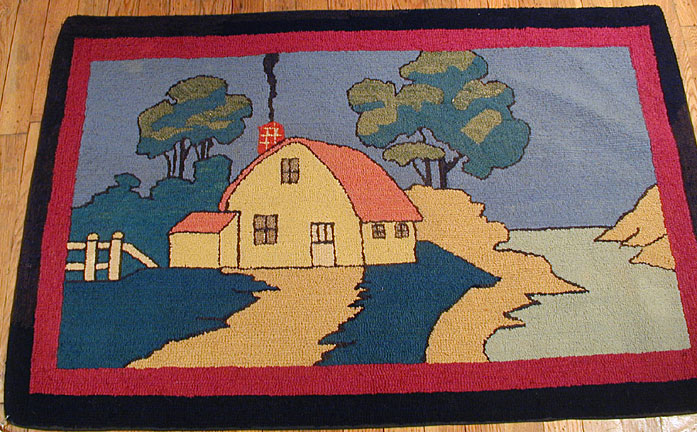 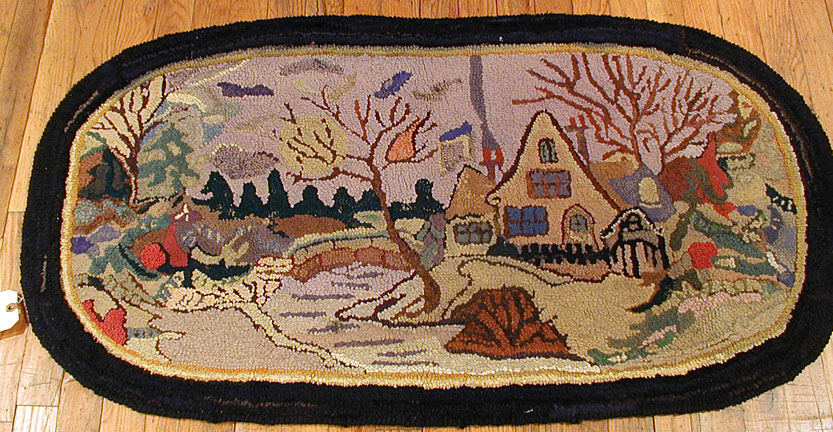