Art Deco is the name for the decorative arts of the 1920's and 1930's in Europe and America, which sprang from the Paris Exposition Intrnationale des Arts Decoratifs et Industriels Modernes in 1925. A characteristic of Art Deco was the vogue for a streamlined style, with inspiration from archeological finds in Egypt, Diaghilev's Ballet Russe, cubism. Mayan and Aztec cultures and what it contributed to carpet style was the idea of carpet designs being created by well known artists, designers, and architects. The 1920's in particular, saw an upsurge in popularity of "designer" carpets. Morris & Co. paved the way for an increased interest in European textiles generally, although the number of designers making rugs in the modern style remained small compared with those providing modern designs in other media. The role of the rug was no longer simply as decorative floor finish, but an integral part of he whole scheme.
During the 1920's , many rugs were woven in Belgium, and the often had abstract patterns or motifs in somber colors. Some designers worked with machine-weaving companies, and in Britain, Axminster, Wilton Royal, Edinburgh Weavers, and Templeton set up specialist departments for weaving designer rugs that the commissioned from well known designers such as Eileen Gray, Frank Brangwyn, Marian Dorn, and her husband, and the American born Edward McKnight Kauffer. Chinese born Betty Joel wove to commission, and her rugs made in China. In France, many rugs were commissioned for exhibitions and luxury liners. Designers and studios involved included Jacques Emile Ruhlmann, Paul Follot, and the firm of Sue et Marie. In northern Africa, the Myrbor studio wove designs by Jean Lurcat, Fernand Leger, Joan Miro, and Jean Arp, among others. In the US Ruth Reeves designed rugs evoking American city life, as well as cubist and geometrical motifs, while Donald Deskey, Gilbert Rohde, Eugene Schoen, and Loma Saarinen all designed rugs for Cranbrook Academy.

Next to these European Art Deco carpets huge amount of Art Deco carpets of various sizes were introduced by the Chinese workshops of Nichols. These carpets where very colorful and depicted mostly oriental motifs in an Art Deco style. Major characteristic was design motifs blended the border and the field as well.

For Art Deco rugs in our inventory click here 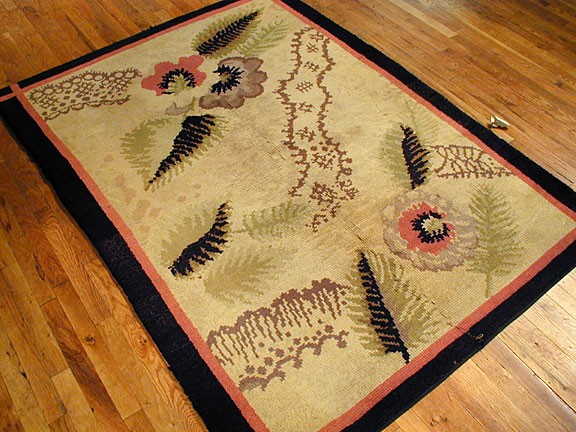 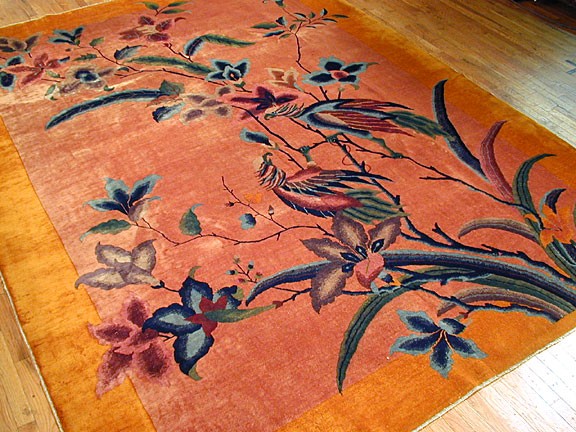 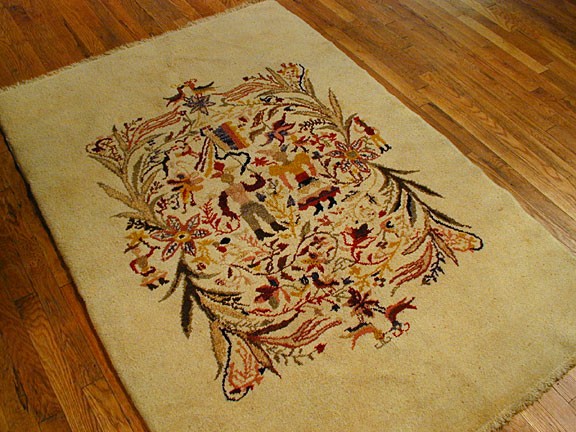 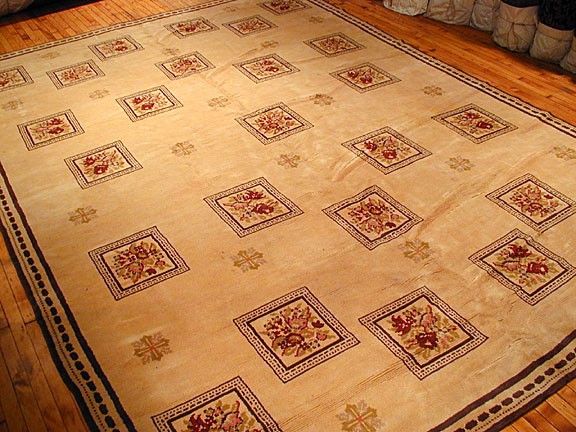 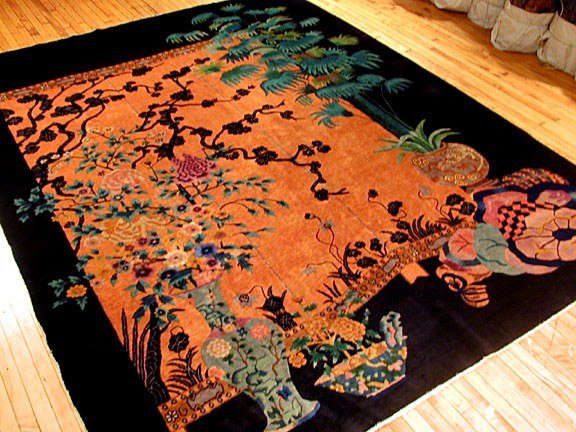 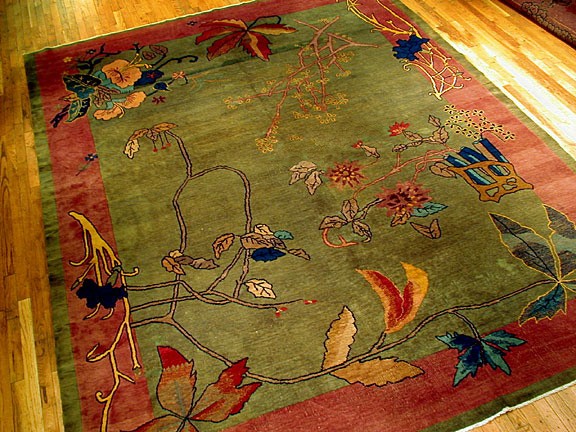